It was love at first sight when 32-year-old former model Aaron Huntsman met 31-year-old firefighter-turned-bartender William “Lee” Jones in 2003 at the famed annual Key West PRIDE event. That year, the festival also honored the 25th anniversary of the creation of the rainbow flag, which was more impressive than ever. The colors turquoise and pink, which had been dropped from the original flag’s design, had been restored, and a one-and-a-half mile-long version, dubbed the 25Rainbow Sea to Sea, was created specifically for the celebration; volunteers stretched the flag along Duval Street from the Gulf of Mexico to the Atlantic Ocean. 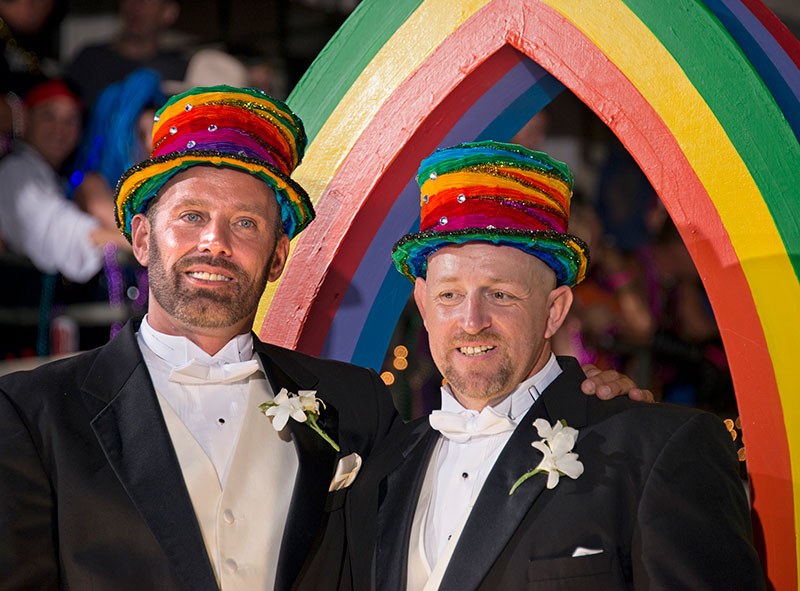 Aaron happened to be one of those volunteers, and after a long day in the sun, he was tired to say the least. Lee, who had an apartment above the bar where he was working when the two met, invited Aaron up to the apartment for a nap, and when Lee finished working for the day, he climbed the stairs to his apartment to find Aaron decked out in the firefighting gear from Lee’s previous profession. Lee knew at that moment that the two would find love with one another. And indeed they fell in love rather quickly, with Aaron soon relocating from Fort Lauderdale to Key West to be with Lee. Talk of marriage came up soon after, and though they couldn’t legally marry at the time, they decided on a commitment ceremony in Aaron’s home city of Las Vegas. 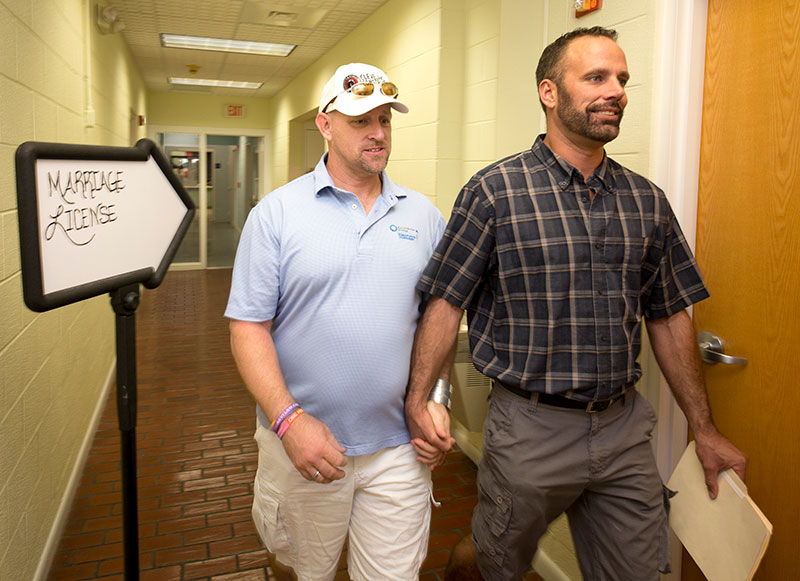 “They were very friendly,” Aaron recalls of Cupid’s Wedding Chapel. “We had an attractive ceremony there.”

Just after midnight on January 6, 2015, Aaron and Lee were legally married in the moonlight on the steps of the Monroe County Courthouse, with 800 in attendance, including television crews, reporters, and photographers, who documented the historic event. Aaron and Lee wore black tuxedos, blue vests, and matching blue bowties. They pledged their vows and exchanged handmade silver wedding rings with Rev. Steve Torrence presiding before departing in a balloon-decorated electric car for a 1 a.m. reception at the Aqua Nightclub. There, 300 guests were waiting amid the bouquets of lilies and orchids they’d gifted to the newly married couple, who happily shared their first dance. 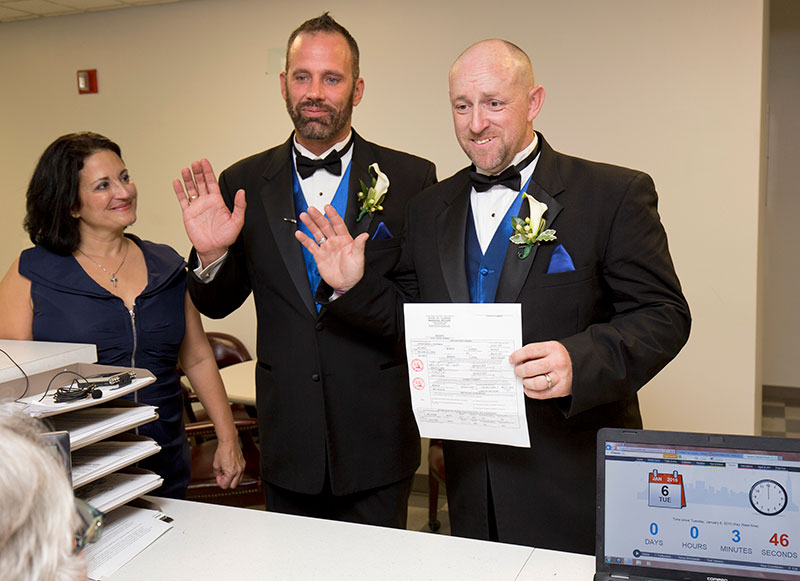 Several months later, on July 17, 2015, the couple hosted a more intimate reception at the Ernest Hemingway House to honor the one-year anniversary of the court ruling that ended the ban on same-sex marriage in Florida. It was a casual affair, complete with a multi-tiered wedding cake topped in the colors of the rainbow flag — a nod to the celebration that initially brought the couple together.

A book has been written about Aaron and Lee’s love and their battle for marital rights in Florida. Proceeds from the book, Ending Anita by Anthony Adams, are donated to two Key West nonprofits. As for the happy couple, they continue to reside in Key West, where Lee works in medical management at the Lower Keys Medical Center and Aaron works as a manager at the Aqua Nightclub.